Crashed 29 May 1978. TBM #609 FKCL owned by FPL and piloted by Ken Atkins ditched in Oromocto Lake after flying out of Blissville. While executing a turn at the end of a spray line, the pilot inadvertently dipped his left wing tip into the lake and lost control. The pilot was unhurt and was later picked up by the rescue unit after swimming to shore (20 yards) and flown to Blissville airstrip. The aircraft was recovered by military personnel from CFB Gagetown and towed to shore on a barge. After recovery from the lake, FKCL was loaned to Air Cadet Squadron in Nackawic in 1978 for an outdoor display. 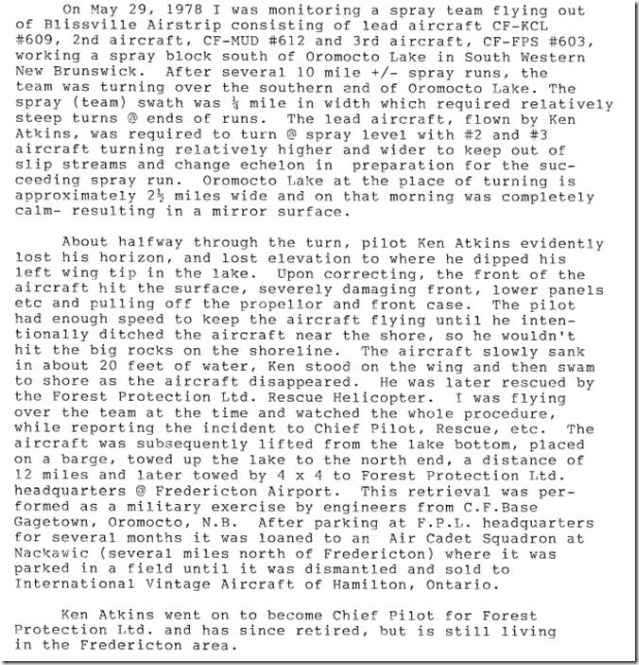