1981 – Pilot Farrell. Crashed 8 June 1981. TBM FKCM owned by FPL and piloted by W. Farrell experienced a loss of engine power while taking off from Boston Brook Airstrip. The take-off was aborted and the aircraft came to a stop in the cleared but upgraded area beyond the south end of the runway. The pilot was not injured but the aircraft was extensively damaged; it was later repaired. 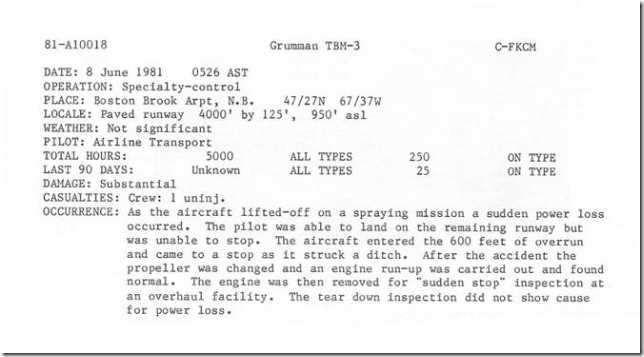